Power of Seizure of Goods can be resorted to only when the Officer has ‘reasons to believe’ the goods are liable to confiscation: Allahabad HC [Read Order] 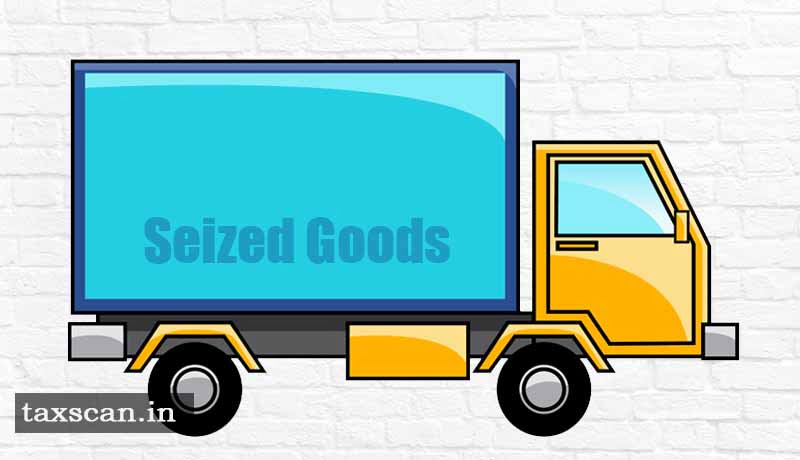 The Allahabad High Court while ordering the release of the goods and vehicles held that the power of seizure of goods can be resorted to only when the officer has ‘reasons to believe’ that the goods are liable to confiscation.

The petitioners, Jaymatajee Enterprise (Seller) And Another received an order from one M/s Jagdamba Enterprises for supplying betel nuts and the petitioner purchased betel nuts from one Neelkamal Saha, West Bengal by means of two tax invoices.

The Neelkamal Saha had purchased betel nuts in an E-auction held by the Customs Department.

After purchasing the betel nuts from the Neelkamal Saha, the petitioners transported the said goods to the consignee M/s Jagdamba Enterprises through Truck, and the goods were sent along with requisite E-Way Bill Invoices etc.

As soon as the Truck carrying the betel nuts entered the State of Uttar Pradesh, the respondent authority intercepted the said Truck and seized the goods as well as the vehicle.

The petitioners argued that as no bonafide ‘reasons to believe’ existed, the seizure of the goods was wholly arbitrary and illegal.

It was further argued that the goods were purchased in an E-auction held by the Customs Department itself and as such there was no question of the goods being imported.

It is further stated that the petitioner wrote a letter to the respondents for release of the goods and the vehicle and requested as the goods were of perishable nature, the same may be released.

The petitioners further contended that even the manner of taking samples was contrary to the provisions of Section 144. As the goods i.e. ‘Areca Nuts’ were not ‘notified goods’ under Section 123 of the Act and do not fall in the category of prohibited or notified goods, the seizure order is liable to be quashed and goods were liable to be released.

It is well settled that the ‘reasons to believe’ must be based upon acceptable materials, which have to be more than a moon shine. The material on record overwhelmingly suggests that the ‘reasons to believe’ were based upon the opinion of the local dealers, prima facie examination of the goods by naked eye and inscriptions in foreign language on some bags.

The Division Judge Bench of Justice Shashi Kant Gupta and Justice Pankaj Bhatia refused to accept the reasons given for forming a belief for the exercise of the power of seizure are valid in law as the reasons fail the test of ‘Wednesbury principles’ as no reasonable person can reach to the conclusion of the country of origin of ‘Areca Nuts’ by mere perusal from naked eye as well as the opinion of the traders, as the Institutes as well as the Ministry have firmly opined that the country of origin cannot be traced by any laboratory method also.

The court quashed the seizure order and did not deem it fit to address the question of validity and legality of the provisional release order inasmuch as once the seizure is held to be bad in law, no confiscation can take place.

Amount paid to Partner upon retirement towards his Share in Assets not liable to Capital Gain: ITAT [Read Order]