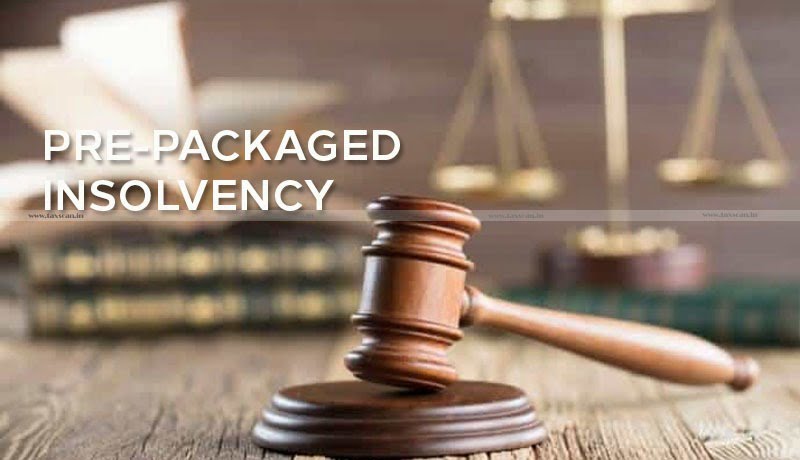 The government on Sunday promulgated Insolvency and Bankruptcy Code (Amendment) Ordinance, 2021, while announcing a pre-packaged insolvency framework for the Ministry of Micro, Small & Medium Enterprises (MSMEs).

A pre-pack or pre-packaged deal is a restructuring plan which is agreed to by the debtor and its creditors prior to the insolvency filing and then sanctioned by the court on an expedited basis.

The incumbent management typically retains control until the final agreement is agreed upon. The informality of the process is aimed at a faster resolution of distressed firms.

A separate chapter, Chapter IIIA, has been inserted in the principal Act to deal with the pre-packaged insolvency resolution process.

An application for initiating a pre-packaged insolvency resolution process may be made in respect of a corporate debtor, subject to the various conditions.

Secondly, it is not undergoing a corporate insolvency resolution process.

Thirdly, no order requiring it to be liquidated is passed under section 33.

Fourthly, it is eligible to submit a resolution plan under section 29A.

Provided that where a corporate debtor does not have any financial creditors, not being its related parties, the proposal and approval under this clause shall be provided by such persons as may be specified;

Sixthly, the majority of the directors or partners of the corporate debtor, as the case may be, have made a declaration.

The nature of pre-packs, however, leads to a lack of transparency, where often unsecured creditors feel disenfranchised by the secrecy. Concerns may also be raised on the valuation process and experts feel more can be done to explain the valuation methodology to bring comfort to all stakeholders.

Moreover, the insolvency practitioner has no legal requirement to look at the future viability of the new business emerging from a pre-pack sale, and the practitioner’s legal responsibility is to the creditors of the old business. This may be a concern for both transferring suppliers and new ones. The sale of business and assets of the corporate debtor to connected parties has also garnered criticism.