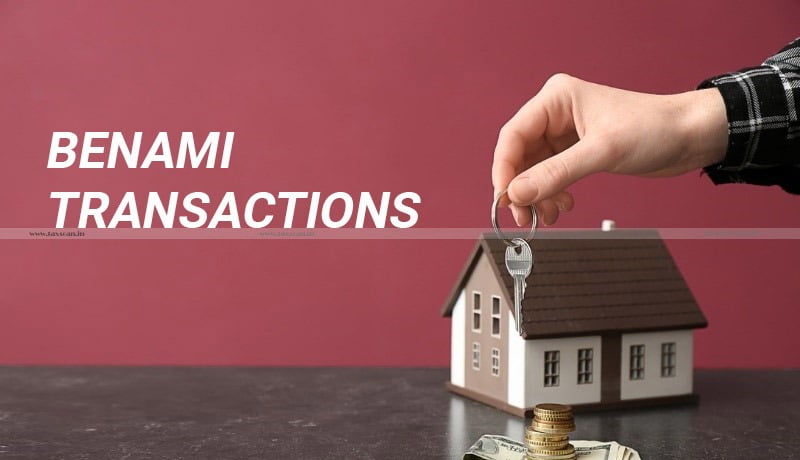 Mr.A.Iruthayaraj, counsel for the petitioner, K.Nagarajan, I.A.S contended that the impugned order was passed without issuing any show cause notice to the petitioner as mandated under Section 24(2) of the Act. Thus, the entire action initiated against the petitioner was in violation of the principles of natural justice. The petitioner was not provided with an opportunity to defend his case in the manner provided and thus, the order impugned per se void.

The petitioner further contended that the proceedings under the Benami Transactions (Prohibition) Amendment Act, 2016 are required to be independent proceedings. Thus, an adverse finding of the respondent as against the petitioner based on the statements recorded under Section 131 of the Income Tax Act by Income Tax Officers in a different context is unsustainable. The impugned orders are passed based on certain assumptions, conjunctures, surmises and speculations. Thus, the impugned orders do not have legs to stand before the scrutiny of law.

On the other hand the counsel appearing on behalf of the respondents contended that the amendment Acts of the year, 2016, more specifically, Section 1(3) categorically states that “the provisions of Sections 3, 5 and 8 shall came into force at once and the remaining provisions of this Act shall be deemed to have come into force on 19th day of May 1988”. Therefore, the intention of the Legislature is to ensure that the pre-amendment Act is in force for all purposes and the amendments are carried on, in order to make the legislation more effective. When Section 1 Sub- Section (3) clarifies the said position that except Sections 3, 5 and 8 and the remaining provisions of the Act shall be deemed to have come into force on 19th May 1988, when the original Act namely the prohibition of Benami Property Transactions Act, 1988 came into force, then, the very ground raised by the petitioner in this regard is unsustainable. Section 24 is Notice and attachment of property involved in Benami transaction. As far as the impugned order dated 12.05.2017 is only a provisional attachment made under Section 24(4)(a)(i) of the Benami Transactions (Prohibition) Amendment Act 2016 and after the provisional attachment, the notice to show-cause under Section 26(1) was issued to the petitioner, who is the beneficial owner. Therefore, the procedures as contemplated under the provisions of the Act are scrupulously followed and thus, the petitioner has to face the adjudication in the manner prescribed. Instead of facing the adjudication, the petitioner is making an attempt to prolong the issue for the purpose of escaping from the clutches of law. Thus, the Writ Petition is unnecessary and to be rejected.

“The petitioner is at liberty to submit his objections/defence statements, evidences and documents, if any, within a period of three weeks from the date of receipt of copy of this order and on receipt of such objections etc., the respondents are bound to continue the proceedings and complete the same by following the procedures as contemplated as expeditiously as possible, since the matter is pending for a long time and the petitioner is directed to co-operate for the completion of proceedings instead of making an attempt to prolong and protract the issues on flimsy grounds,” the court added.