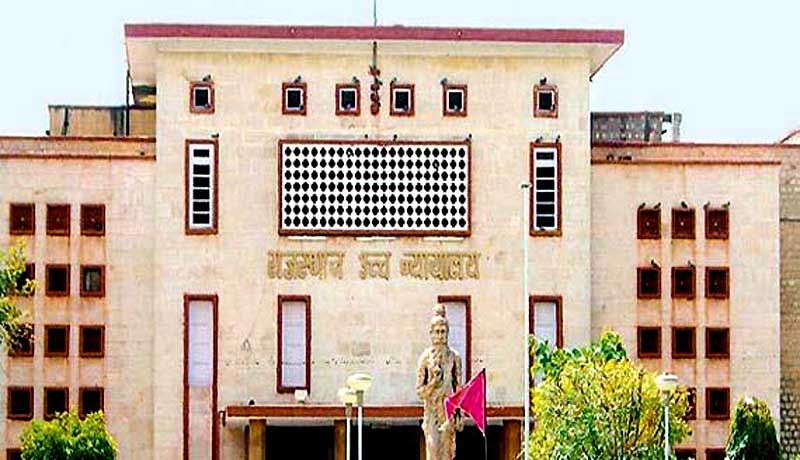 The Rajasthan High Court held that the findings arrived at by the Rajasthan Tax Board pertaining to lack of jurisdiction in the assessing officer on account of non-applicability of provisions of Rajasthan Value Added Tax (RVAT) Act, 2003 to Rajasthan Investment Promotion Scheme (RIPS), 2003, at the relevant time, cannot be faulted.

The respondent assessee, RSWM Ltd. was issued five separate entitlement certificates for interest subsidy for its five units by the State Level Screening Committee, Jaipur (SLSC) under the provisions of RIPS 2003, which were modified by the SLSC, whereby, the interest subsidy over seven years except for thermal power plants was allowed.

By order dated 28/2/2011, the petitioner department determined the base tax for the year 2005-2006 and allowed the amount of subsidy over and above Rs.1,70,15,001 after considering the submissions and material on record.

Whereafter, the Commercial Taxes Officer (Special Circle) passed orders allowing the subsidy to the assessee under RIPS, 2003 for various quarters.

The department issued show cause notices under Sections 26 and 55 of the RVAT Act, 2003, for changing the base tax payable by the assessee.

The department passed final order under Section 26 and 55 of the RVAT Act, 2003 read with Clause 9 (B)(viii) and 10 of the RIPS, 2003, whereby, the interest subsidy allowed to the assessee for various quarters was modified and the demand along with interest was created.

The assessee filed appeals before the appellate authority, Commercial Taxes, Ajmer, wherein it was held that the assessment was time barred and for the rest three quarters dismissed the appeals filed by the assessee.

The assessee then approached the Rajasthan Tax Board, Ajmer aggrieved by the order. The Tax Board by the impugned judgment allowed the appeals and set aside the orders.

The department emphasized that initially in RIPS, 2003 there was no provision for taking action under Section 26 or 33 of the RVAT Act, 2003, which provisions pertain to escaped assessment and rectification of mistake, respectively.

However, vide amendment, the provision for exercise of power under Section 33 of the RVAT Act, 2003 was introduced.

In the subsequent Schemes i.e. Rajasthan Investment Promotion Scheme, 2010 and Rajasthan Investment Promotion Scheme, 2014 it was specifically provided that the orders passed under the Schemes shall be subject to provisions of RVAT Act, 2003 and the Central Sales Tax Act, 1956 and by order dated 30/4/2018 provisions of RIPS, 2003 were further amended and vide Clause 5 of the amendment order a new Clause 9A providing for procedure for disbursement of subsidy was introduced and provisions similar to the RIPS, 2010 and RIPS, 2014 pertaining to applicability of RVAT Act, 2003 and the Rajasthan Goods and Services Tax Act, 2017 were inserted.

The Single Judge Bench of Justice Arun Bhansali took into consideration the decision of the Supreme Court in the case of State of Tamil Nadu vs. M/s Star Tobacco Co.  wherein it was held that jurisdiction to reopen the assessment is not a question of mere procedure but a power and, therefore, the general principle that a procedural provision would be retrospective, has also no application.

The court further observed that the provisions contained in RIPS, 2010 and RIPS, 2014 cannot be read into RIPS, 2003 and the amendment to RIPS, 2003 being with express limited retrospectivity, the same cannot apply to the cases in hand.

“So far as the determination made by the Tax Board regarding the merits of the order of reassessment is concerned, the law is well settled that notwithstanding that a matter may be disposed of on a preliminary issue, the authority must pronounce judgment on all issues. The exception being that if the matter can be disposed of on an issue of law pertaining to jurisdiction or bar created by law, the matter can be dealt with in accordance with a decision on such issue,” the court said.

GST: Gujarat HC quashes Order for Cancellation of Registration as no date was fixed for hearing and no reply was awaited by Authority [Read Order]