Relief to Kirloskar: Request for Reassessment be treated as Application under Section 149 of Customs Act, 1962 for amendment of Bill of Entry, rules CESTAT 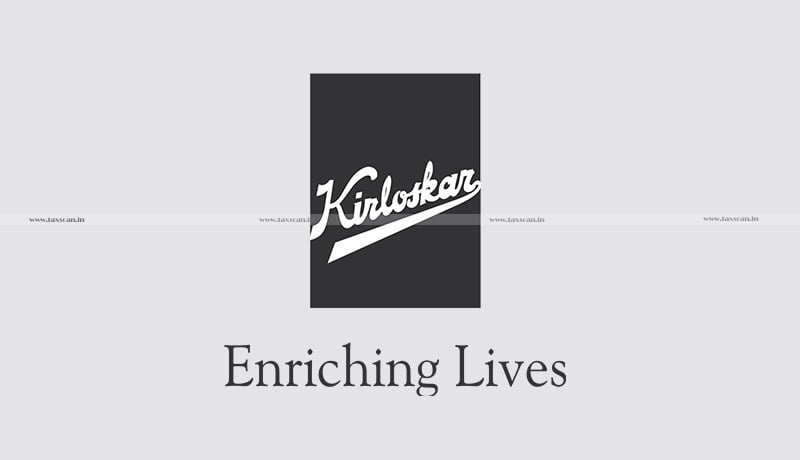 The Customs, Excises, and Service Taxes Appellate Tribunal (CESTAT), Bangalore Bench ruled that the request for reassessment be treated as application under Section 149 of Customs Act, 1962 for amendment of Bill of Entry.

The appellants, Kirloskar Ferrous Industries Ltd. imported Low Ash Metallurgical Coke (LAM Coke) from China vide Bills of Entry all dated October 9, 2018. While the quantities as per the Bills of Lading were 5000, 5000 and 4140 MTs respectively (total 14,140 MTs), the quantities as per the corresponding Invoices issued by the supplier, M/s. Metallurgical Resources AG, Switzerland, were for 4823, 4823 and 3993.444 MT of LAM Coke respectively totaling 13,639.44 MT. The difference in quantity was on account of moisture.

As the appellant was in urgent need of LAM Coke in the factory, they paid the duty of Rs.2,65,82,969/- under protest. However, though the actual ADD payable on 13639.44 MT was only Rs.2,56,41,064/-, hence, there was an excess payment of Rs.9,41,005/-. Thereafter, the appellant vide letter dated 15.10.2018 explained the fact of excess payment of ADD under protest and requested the Deputy Commissioner of Customs, Mangalore for issue of an appealable reassessment order.

The Deputy Commissioner vide replied that the said Bill of Entry has been facilitated by RMS and that the department has not insisted on payment of ADD on the Bill of Lading quantity and rejected the request made by the appellant. Thereafter, the appellant filed an application for refund of excess ADD of Rs.9,41,005/- but the Assistant Commissioner of Customs vide his letter dated 7.12.2018 returned the application being premature unless there was an order challenging the assessment order.

tThe appellant resubmitted its refund claim of excess ADD paid under protest. The Assistant Commissioner, thereafter, issued a show-cause notice dated 15.2.2019 and the appellant filed reply to the show-cause notice and the Assistant Commissioner, thereafter passed Order-in-Original rejected the claim for refund of ADD of Rs.9,41,005/- on the ground that the claimant has not challenged the assessment of Bill of Entry nor got it reassessed before or after out of charge of goods and hence, the refund claim is not maintainable.

The CESTAT while quashing the impugned odred ruled that the request for reassessment be treated as application under Section 149 of Customs Act, 1962 for amendment of Bill of Entry and accordingly, directed the proper officer to consider the said application and pass appropriate order in accordance with law after granting opportunity of hearing to the appellant.

The Tribunal directed the original authority that the request of the appellant for reassessment be treated as an application under Section 149 of the Customs Act, 1962 for amendment of Bill of Entry and appropriate order be passed in accordance with law after giving an opportunity of hearing to the appellant.