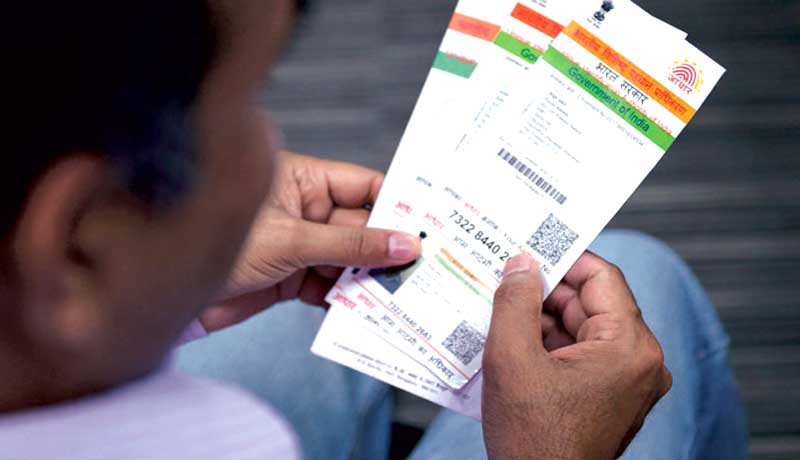 The Supreme Court of India today said that there is nothing illegal in using Aadhaar Card in filing income tax returns and to the opening of bank accounts. However, the Court found that Aadhaar cannot be mandatory for central welfare schemes.

With a view to make the system more transparent and efficient, the government recently made it mandatory for citizens to produce their Aadhaar number for benefits under nearly three dozen central schemes including free mid-day meals for schoolchildren. Aadhaar was also made compulsory for scholarships and other schemes for backward castes and the disabled. Aadhaar cards are mandatory for subsidized cooking gas and food grains.

The government has said it will enable people to get their biometric identity documents by June 30. Aadhaar cards will also be needed for filing tax returns – a move that Finance Minister Arun Jaitley said will check tax evasion.

The Supreme Court said it cannot stop the government from doing so but reiterated its earlier order in August 2015, that Aadhaar cannot be mandatory for people to derive benefits under official welfare schemes. Two months after that order, the court had removed the restriction and allowed the voluntary use of Aadhaar cards in schemes.

Last week, responding to opposition criticism in parliament, Finance Minister Arun Jaitley had said that Aadhaar may soon become the only card required to identify a person, replacing Voter IDs and PAN or Permanent Account Numbers. He said as many as 98 per cent of the population or 108 crore people have Aadhaar numbers.The government has said that until all beneficiaries are assigned Aadhaar cards, ration cards or copies of a person’s request for Aadhaar enrolment can be used for subsidized food grain.

States have been asked to link Aadhaar numbers with their ration card or with bank accounts for cash transfer of food subsidy.