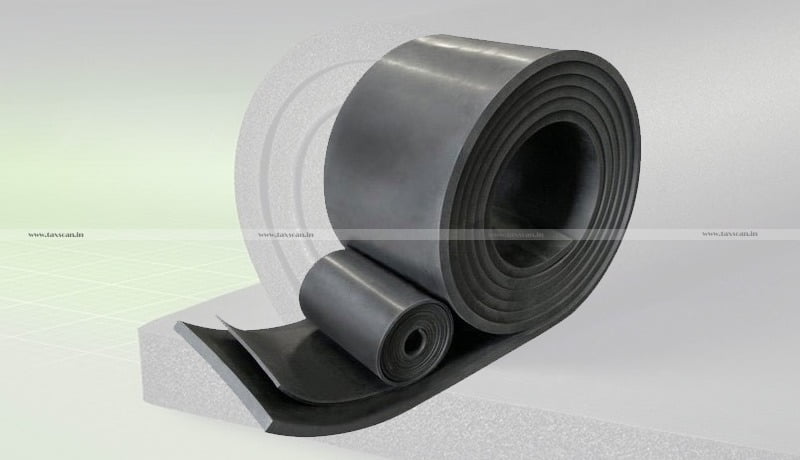 The Supreme Court restored the matter to CESTAT in respect of demand of anti-dumping duty on the product ‘Styrene Butadiene Rubber.

These appeals by the Commissioner of Customs, Pune arise from a judgment of the Customs, Excise & Service Tax Appellate Tribunal dated 27 September 2017. The question of law which has been formulated in the appeals is whether the Tribunal erred in setting aside the demand of anti-dumping duty on the product ‘Styrene-Butadiene Rubber (SBR) classified under the heading 4002 of the First Schedule of the Customs Tariff Act, 1975 and imported from Korea.

The allegation in the Show Cause Notice dated 23 May 2006 is that the respondent is-declared its goods as ‘Lutex-701’ which on tests were found to be SBR of 1900 series on which anti-dumping duty was leviable. The notice proposed to confiscate the goods imported, collectively valued at Rs.1,19,16,267/- under Section 111(m) of the Customs Act 1962; to demand anti-dumping duty of Rs.10,14,101/-; besides the levy of interest and penalty. The Show Cause Notice dated 30 June 2006 alleged similar misdeclaration of the goods declared as ‘Lutex 780’. Confiscation of the goods collectively valued at Rs.2,10,57,783/- was proposed besides the demand of anti-dumping duty of Rs.16,88,618/-, the levy of interest and penalty.

Appeals were filed before the CESTAT by the respondent against the decision of the Commissioner. The CESTAT allowed the appeals by its order dated 27 September 2017 and came to the conclusion that the Show Cause Notices could not be sustained.

The three-judge bench of Justice Dhananjaya Y Chandrachud, Justice Vikram Nath and Justice Hima Kohli observed the tribunal has not considered the case of the respondent in appeal on merits, we are of the considered view that it would be appropriate to restore the proceedings back to the Tribunal for the purpose. In order to facilitate a fresh decision on remand, we have recorded the broad submissions of the contesting parties on the merits as well but leave open the matter for evaluation by the Tribunal on remand.

“The Tribunal has not looked into the merits of the appeals at all on the facetious ground that the show cause notice did not contain any basis to doubt the classification of the goods and that while issuing the notice, the adjudicating authority had not examined the classification based on the report of the laboratory. The findings of the Tribunal are contrary to the record and cannot, therefore, be sustained,” the court said.