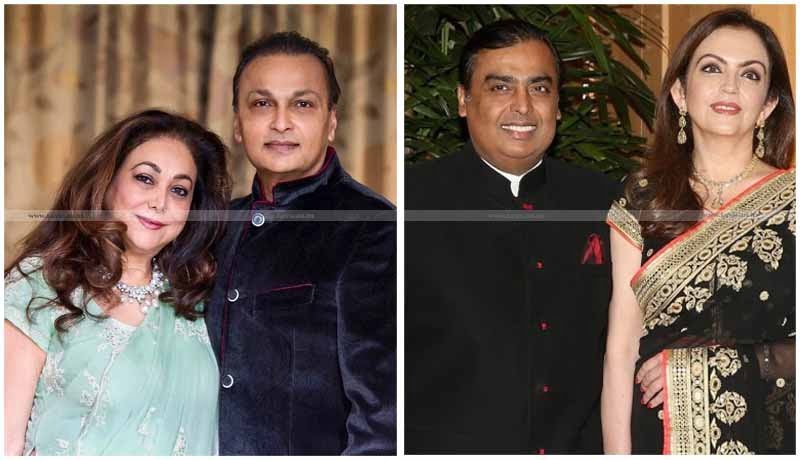 The Securities and Exchange Board of India (SEBI) fined Mukesh Ambani, Anil Ambani and Family  Rs. 25 Crores for irregularities in (RIL) Shareholding.

The SEBI conducted an investigation into the alleged irregularities relating to the issue of 12 crore equity shares in January 2000 by RIL at a price of Rs. 75 per share to 38 allottee entities. The allotment was made consequent to the exercise of the option on warrants attached with 6,00,00,000, 14% Non Convertible Secured Redeemable Debentures (NCD) of Rs. 50/- each aggregating to Rs. 300,00,00,000 (PPD IV) issued in the year 1994.

From the disclosure filed under Regulation 8(3) of Securities and Exchange Board of India (Substantial Acquisition of Shares and Takeover) Regulations, 1997 by RIL to Bombay Stock Exchange (BSE) on April 28, 2000, it was observed that it had disclosed the above mentioned 38 allottee entities as Persons Acting in Concert (PACs) with the RIL promoters.

From the disclosures made by RIL it was observed that the shareholding of RIL promoters together with PACs had increased from 22.71% as on March 31, 1999 to 38.33% as on March 31, 2000. Out of these, 7.76% shares were acquired consequent upon a merger and thus were exempt under regulation 3(1) (j) (ii) of Takeover Regulations. However, 6.83% shares that were acquired by RIL promoters together with PACs in exercise of 3 crore warrants, were alleged to be in excess of the ceiling of 5% prescribed in regulation 11(1) of Takeover Regulations.

It was alleged that the obligation not to make additional acquisition of more than 5% of voting rights in any financial year unless such acquirer makes a public announcement to acquire shares in accordance with the regulations under regulation 11(1) of Takeover Regulations arose on January 7, 2000, i.e. the date on which the PACs were allotted RIL equity shares on exercise of warrants issued in January 1994. Since the promoters and PACs have not made any public announcement for acquiring shares, it is alleged that they have violated the provisions of regulation 11(1) of Takeover Regulations.

Consequently, the adjudication proceedings were initiated under Section 15H of the SEBI Act, 1992 against 36 promoters and PACs, which includes the 34 Noticees and 2 other entities viz. Shri B H Kothari and Bhadreshyam Kothari, for the alleged violation of the provisions of regulation 11(1) of Takeover Regulations. Subsequently, Reliance Consolidated Enterprises Pvt Ltd vide its letter dated November 08, 2011 had inter alia stated that “B.H. Kothari” and “Bhadrashyam Kothari” were one and the same individual person.

The adjudicating officer, K Saravanan noted that that no quantifiable figures or data are available on record to assess the disproportionate gain or unfair advantage and amount of loss caused to an investor or group of investors as a result of the default committed by the Noticee. However, the fact remains that the Noticees by their failure to make public announcement, deprived the shareholders of their statutory rights/ opportunity to exit from the company.

The Board directed that the Noticees shall pay the amount of penalty within 45 days of receipt of this order either by way of Demand Draft in favour of “SEBI – Penalties Remittable to Government of India”, payable at Mumbai, or through online payment facility available on the website of SEBI.