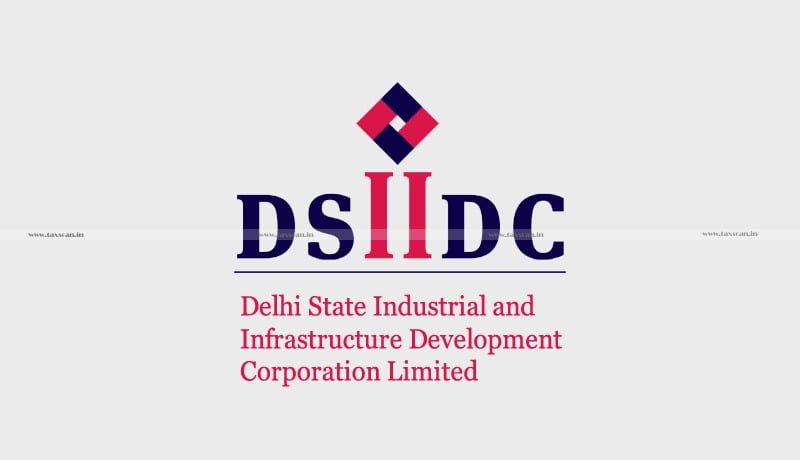 In a setback to DSIIDC, the Delhi Bench of Income Tax Appellate Tribunal (ITAT) ruled that the CIT(A) empowered to revise assessment order on failure of Assessing Officer to make proper inquiry.

The assessee, DSIIDC Ltd. is a State Corporation. During the year under consideration, the Corporation is acting as a Developing and Collecting agency for various schemes i.e. Low Cost Housing Scheme, re-locations scheme, Narela Scheme and CETP Scheme on behalf of the Government of NCT Delhi and also providing infrastructure Services under Delhi State Industrial Operation and Maintenance Act, 2010.

The assessee filed the original e-return declaring income. Later on, the assessee filed a revised e-return declaring income. The case was selected for scrutiny under CASS norms and notice was issued and duly served upon the assessee. In response to notice under section 143(2) and 142(1) Deputy Accountant Manager (Taxation) and AR of the assessee attended the proceedings and furnished a copy of profit and loss account, balance sheet and tax audit report. The assessee claimed deduction under section 80IA(4) to the extent of Rs.111.47 crore as per certificate of Chartered Accountant and submitted that under Delhi State Industrial Operation and Maintenance Act, 2010, the assessee is operating and managing 29 Industrial Sheds and 4 flatted factory complex which are in the nature of infrastructural projects in terms of provisions of Section 80IA(4). The Assessing Officer accepted the claim of the assessee.

The assessee submitted that in the original assessment, the Assessing Officer has raised specific queries regarding the claim u/s 80IA (4).. The assessee pointed out the audit objections and also pointed out the letter regarding the audit objection which was dropped later in relation to 80IA(4) deduction claimed. The Principal CIT has only formed a second opinion which is not permissible under section 263 of the Act and reiterated explanation of Section 263.

On the other hand the department contended that the Assessing Officer has not taken cognizance of the actual definition of infrastructure project as per Section 80IA (4) and without looking into the fulfillment of the conditions under the said Section has simpliciter allowed the claim. Therefore, the Principal Commissioner of Income Tax has rightly held the order to be erroneous and prejudicial to the interest of the Revenue.

The coram of Accountant Member, R.K.Panda and Judicial Member Suchitra Kamble while relying on the decision of the Supreme Court in case of Deniel Merchants Private Limited & Anr. Vs. Income Tax Officer held that the Assessing Officer has not properly adjudicated the issue as per law and, therefore, the Pr. CIT has rightly invoked Section 263 of the Act and passed the order. Therefore, the Order under Section 263 of the Income Tax Act, 1961 passed by the Principal Commissioner of Income Tax is just and proper. There is no need to interfere with the same.