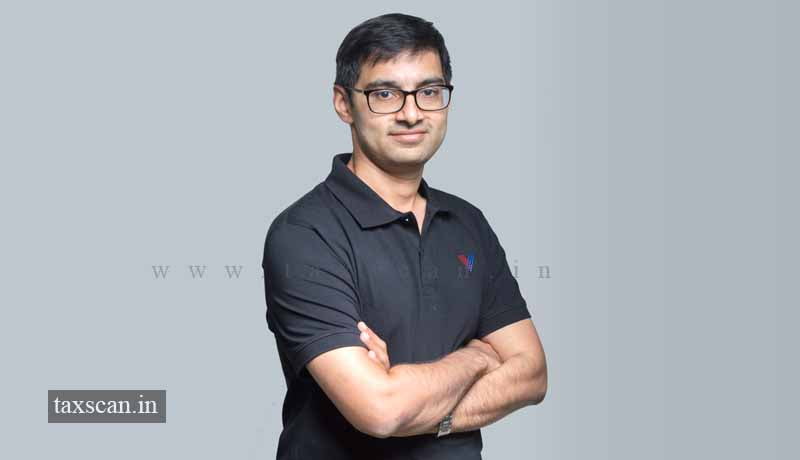 Amit Parmar is a Senior Vice President in GST Platform, Vayana Network. Amit brings in 11 years of experience in Banking and Technology. In his long stint with HSBC as a corporate banker, Amit handled multiple roles in Trade Finance and MNC Client Coverage. A Six Sigma Blackbelt, Amit brings an edge to Vayana Network’s Product & Operational capabilities. Amit is an MBA from IIM Bangalore and a Computer Engineer from Pune University. His passions include adventure travel, outdoor sports, and cooking.

Do you believe that GST is the panacea for the problems faced by the Indian Economy?

Some of most developed economies of the world have a very strong tax structure that is seamlessly integrated with systems to further the economic growth of the nation. For India to take its next great leap in not only boosting its economy but also to support foundational programs in healthcare, education and essential infrastructure, it has to plug tax leakages by setting up digital compliance infrastructure. GST is a significant step in that direction. That said, it is a massive transformation and requires adequate time to realize its full benefits. The government has been open to evolving it based on feedback and thereby to increase GST compliance.

How easy or difficult has it become for the companies to do business in India post GST?

There have also been some short-term challenges that have negatively affected working capital requirement of exporters and SMEs. Technology challenges for managing a digital compliance were also experienced. We have seen the Govt taking relevant steps to alleviate these issues.

Deadline for GST Annual Return is fast-approaching. What are the issues in filing the same?

A). Below are few of the challenges that CAs, Enterprises or SMEs will face while filing up annual returns (GSTR9).

Introduction of E-Way Bills may have taken away Check Posts, but don’t you think the unfettered power conferred on Officers to stop transport vehicles anywhere at any time will create more inconvenience than the check posts? How can it be ensured that such power is not misused?

Despite introduction of E-way Bills, a section of taxpayers continued to evade compliance. The inter-linkage of E-way Bill data to GSTN is still pending and that allows errant taxpayers to carry shipments without reporting those sales in GST returns. Additionally, invoice matching as a core activity has been deferred in GST compliance. To keep evasion under check, checking of vehicles is the only recourse to tax authorities until system linkages/enhancements are achieved. Taxpayers also have the ability to report incidents where they are subjected to multiple checks in transit.

What are the current drawbacks/flaws in the E-Way Bill System?

Going ahead, do you see the state ­revenues going up or getting hit? Has there been better compliance?

Recent decisions by GST Council to rationalize GST rates on several goods are in the wake of the all-important impending General Elections. While these may affect revenue buoyancy in short term, other systemic measures such as EWB-GSTN linkage, Simplified Returns (entailing invoice matching) are in progress to plug leakages. Over the medium term, state revenues will go up.

What is your opinion on the current Anti-profiteering mechanism?

It takes time to iron out the creases in any new system, and when something is done on a national scale the challenge is only that much bigger. NAA needs to do a fine balancing act by not only keeping the end consumer’s interest in mind, but also ensuring that Corporates do not get the short end of the stick. Clear implementation guidelines from NAA for Corporates to ensure transmission of rate cuts will go a long way in upholding NAA’s objective of consumer interest protection in a transparent manner not considered as arbitrary by Corporates.

What is your opinion on AAR Ruling applying 18% GST on Indian companies providing offshore support services to multinationals?

Back office services will be treated as intermediary services, and not export of services, i.e. “zero rated supplies”. This approach is not in line with the interpretation adopted by the industry, as an intermediary is someone who helps in the conclusion of sales or purchase; and the vendors working on processing of data or analysis of data are not considered to be intermediaries. Further, the definition of intermediary under the previous tax regime, was considered to be mainly a broker or a commission agent for any sale/ purchase transaction. The move may increase the costs of Indian companies supporting such services and would make them non-competitive in the international markets. This may lead to litigations since tax authorities may send notices to the actual exporter of services.

What will be the true impact, if Petrol and Diesel are brought under GST? Will it actually benefit the common people in the long run?

The ultimate aim is to standardize the tax structure so that, there are no duplicate/double taxation that happens on a product. This shall in turn reduce the burden of taxes on the end user. However, this also means the State as well as central govt. will take a significant hit on revenues given substantial contribution of fuel taxes to exchequer. In the long run, bringing petrol and diesel under GST ambit is necessary and will benefit common people, but the Govt should only consider this move by ensuring budget targets are being met on a steady basis, GST system is stabilized etc.

Interim Budget 2019-20 has been presented. What are your views?

“The Budget does uphold the amendments pronounced by GST Council in its previous meetings for e.g.; (i) exemption limit increased from 20 lakhs to 40 lakhs (only for Goods and not Services) (ii) threshold limit for quarterly filing increased to 5 Crore. In addition to the above there are number of other measures that are being worked upon to avoid evasion of GST. But in our view to ensure sustained tax buoyancy, GST Council must accelerate invoice matching, a key provision for GST compliance”.