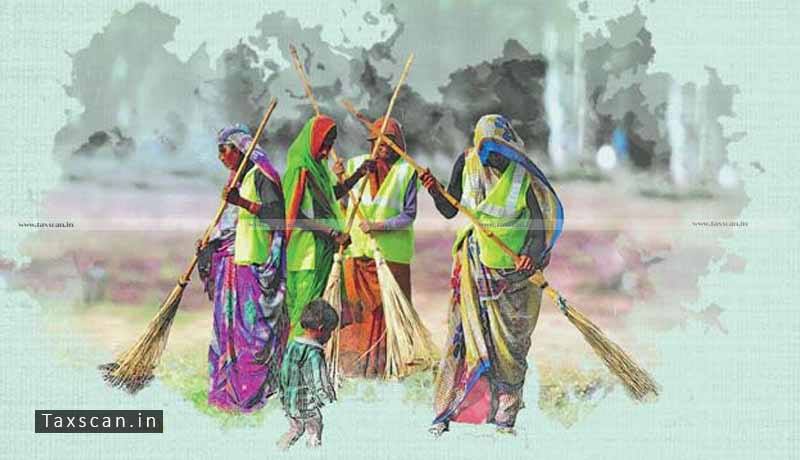 The Customs, Excise and Service Tax Appellate Tribunal (CESTAT), Mumbai bench has held that the  Swachh Bharat Cess paid on input services has to be available as Cenvat Credit and the same can be discharged by utilising Cenvat Credit.

The question before the Court was that whether the appellant is entitled for refund of Swatchh Bharat Cess (SBC) paid on the input services used for providing export service.

The appellants’ claim for refund claims of the said Cess was rejected by the Adjudicating Authority on the ground that there is no provision for refund of Swatchh Bharat Cess paid on the input services used for providing export service.

The first appellate authority also rejected the claim of the appellant.

The Tribunal noticed the decision in the case of State Street Syntel Services Pvt Ltd vs. Commissioner of Central GST & Central Excise, Mumbai wherein the issue was concluded in favour of the assessee.

In that case, the Tribunal had held that “A tax recovered by the government goes into the Consolidated Fund of India which is utilised for all public purposes and no money out of the Consolidated Fund of India shall be appropriated except in accordance with law and for the purposes and in the manner provided in the Constitution. Whereas a cess or fee does not become part of the Consolidated fund and are earmarked for the purpose of services for which it is levied. A Cess can never become part of the Consolidated Fund. It should be earmarked and set apart for the purpose for which it is levied. As per Section 119(4) ibid the proceeds of Swachh Bharat Cess shall first be credited to the Consolidated Fund of India. Swachh Bharat Cess may be considered as separate levies from the Service Tax but the same legal framework as applied for service tax are to be applied for levy and collection of Swachh Bharat Cess since the provisions of Chapter V of the Finance Act, 1994 and the rules made thereunder are applicable to Swachh Bharat Cess. As per Section 119(5) of the Finance Act, 2015, rules notified under the Finance Act, 1994, which include Cenvat Credit Rules, 2004 also, shall be applicable for Swachh Bharat Cess as they apply to Service Tax. Therefore, Swachh Bharat Cess paid on input services has to be available as Cenvat Credit and the same can be discharged by utilising Cenvat Credit and the appellant is therefore entitle for the refund of it. So far as filing of two separate claims are concerned, it is only a procedural lapse and due to the same substantial benefit of refund cannot be denied to the Appellant.”

Following the decision, the Tribunal held in favour of the assessee.