The Quandary of Standard Abatement 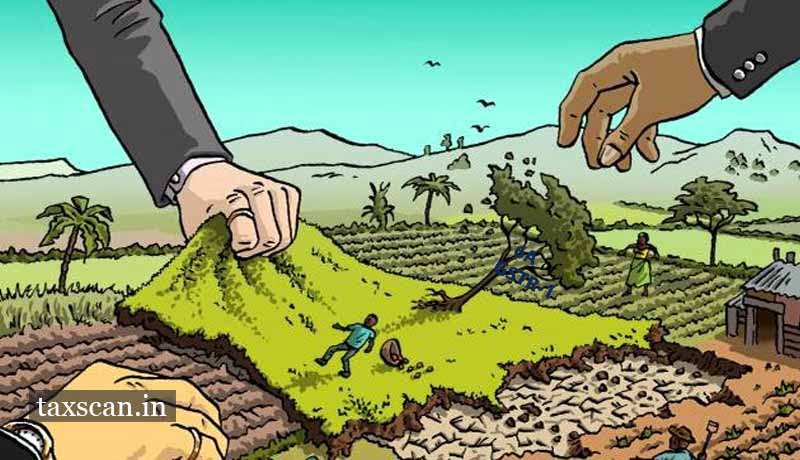 The Real Estate players have traveled a bumpy road as far as Indirect taxes are concerned. Right from the era of Sales tax, the sector has faced challenges probably like no other sector. When GST was introduced, the sector was hopeful of some respite – not in financial terms, but in terms of clarity of law and smooth implementation of the same. For a few months, the industry experienced it also only to discover that they are back into the same quandary as before.

However, to rescue the industry players and give some liberation, the Gujarat High Court in a landmark decision has decided that the standard rate prescribed for fixed deduction of land value is optional and not mandatory. The decision in the case of Munjaal Manish bhai Bhatt vs. UOI has surprised the industry in more than one way. Vide this article we wish to deliberate on the ruling and the impact that it may cast on the sector.

Separately, Section 7 of CGST Act, 2017 (the Act) defines the scope of ‘supply’. The said definition also clarifies the following:

From the above, one can infer that the sale of land is not within the purview of the GST law – subject to it being covered by Schedule II. Moreover, the said notifications have prescribed a deemed value to land when a building or a complex is sold along with the land or undivided share inland. This deemed value is 1/3rd of the value of supply. Therefore, the value which would attract GST in the present scenario would be Total value of supply less one third of such value (ascribed to land). It is this deemed value of land that has unsettled the industry and is now being litigated.

Facts of the case:

The writ petition has been filed and combined for two petitioners. One of the petitions has been filed by a petitioner who purchased a bungalow constructed on land and signed an agreement wherein value of land and construction of building was indicated separately. They believed that GST was to be paid only on the value ascribed to construction of bungalow as sale of land was outside the ambit of GST. However, the seller, applied the standard abatement of 1/3rd of value towards land and collected GST accordingly. The petitioner believed that because of the cited notification, the entire consideration towards the sale of land has not been excluded for the purpose of computing tax liability under the GST Acts and has hence filed this petition.

The petitioners contended that the standard abatement prescribed by said notifications is ultra vires the law. Entry no. 3 of the said Notification was challenged on the grounds that the said entry was ultra vires Section 7 read with entry no. 5 of Schedule III. Further, the petitioner also contended that the deeming fiction created by the Notifications is contrary to Section 15 which prescribes valuation under GST law.

The petitioners detailed out the history of taxation of land, building and construction services, the landmark judicial precedents and the even the minutes of meeting of GST council wherein taxation of real estate sector was being deliberated. The petitioner vehemently argued that the standard abatement and the deeming fiction created by it is without any valid basis, completely arbitrary, discriminatory and violative of Article 14 of the Constitution of India.

In a well explained judgment, wherein the Gujarat High court noted that the question before them was – whether the impugned notification providing for1/3rd deduction with respect to land or undivided share of land in casesof construction contracts involving element of land is ultra-vires theprovisions of the GST Acts and/or violative Article 14 of the Constitutionof India? In this regard, the HC observed the following:

Implications of judgment – Our POV

Even in the previous era of Service tax and VAT, there was an option to pay Service tax as per the standard abatement prescribed in this regard (30% of total amount was considered towards construction services). Similar provisions were also there in VAT regime. However, it is pertinent to note here that the taxpayer had an ‘option’ of adhering to the abatement; if there were actual values available, the taxpayer could opt to pay taxes on such actual values. Therefore, the erstwhile regime permitted a taxpayer to pay taxes on actual value, if ascertainable or else resort to abatements if values are not ascertainable.

However, in the said Notifications, the Government seems to have taken away the option of paying taxes on actual value rather than standard abatements. This is bizarre because if actual values are available and they can be substantiated with the help of documents and other information, why would the revenue want to adopt a standard abatement? The revenue in the present case put forth an argument that the parties to the agreement could fix higher values for land to evade taxes and therefore a standard abatement is necessary to protect the interest of revenue. This contention was rejected by court and rightfully so because even if at any point the revenue believes that the value of land has not been declared correctly, it can take recourse of valuation rules and fix the value of land accordingly.

Without a shadow of doubt, the decision is laudable as it clears the grey clouds of uncertainty that have been hovering over the real estate sector for the last couple of years. The logic of mandatory standard deduction in cases of flats and bungalows, large cities and small cities, without any differentiation on account of value of land or divided or undivided share of land seems inexplicable. In India, the value of land differs significantly in tier 1 cities and tier 3 cities; it just doesn’t seem apposite to value such lands with similar mechanism. For a home buyer in larger cities, this deduction is detrimental as only 33% reduction can be claimed for valuation of land and tax needs to be paid on 67%. In all probabilities, such taxpayers end up paying GST on land value as well, which is not the legislative intent.

From the perspective of home buyers, this decision would have a clear impact in the state of Gujarat. Moreover, it shall also hold persuasive value in all other states. Nonetheless, it is most certain that this case shall be appealed against in the Apex Court and that is when the final verdict will be out (if the CBIC does not amend the law that is!). It is germane to note here that the relevant part of the said notifications has not been struck down; but has only been read down. Thus, the standard deduction shall prevail, but only at the option of taxpayer where the value of land is unascertainable.

However, certain question which still remain unanswered are – will there be a differentiator in case of bungalows and apartments (considering apartment owners only get undivided share in land), can the taxpayers across the country immediately start paying GST after deducting land value at actuals, GST already paid by taxpayers in Gujarat – would they be eligible for refund in case excess tax has been computed and paid and so on and so forth! It is safe to say that while the taxpayers have moved one square ahead of revenue in this case, there is still time for them to check and mate!

Jigar is a Chartered Accountant with over 17 years of work experience in the field of indirect taxation. His domain of expertise includes GST, Customs, erstwhile Indirect Taxes and UAE VAT legislations.

Goods are liable for Confiscation U/Ss 111 and 112 of Customs Act when ‘Improperly Imported’: CESTAT quashes Penalty against CHA [Read Order]

‘Advance Ruling’ cannot be made for a person not registered with relevant State: AAR [Read Order]