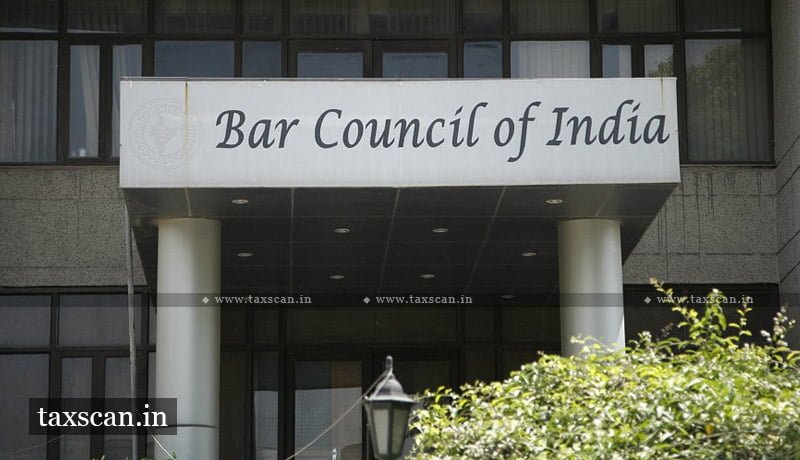 The plea has been filed in the Supreme Court challenging the amendment in Bar Council of India Rules on the grounds that the Total Restriction On Lawyers’ Free Speech violates Fundamental Rights.

The Petitioners, Rohini Amin are instituting the instant writ petition for a declaration that Section V and V-A added to Part VI, Chapter II of the Bar Council of India Rules is void being violative of Section 49 (1) of the Advocates Act, 1961 and the fundamental rights guaranteed under Part III of the Constitution, in particular, Articles 14, 19 (1) (a), 19 (1) (c) and 21. On 25/06/2021 the Bar Council of India amended its rules and thereby introduced Section V and Section V-A on the premise of maintaining and improving the standards of professional conduct and etiquette for Advocates, however these rules flagrantly violate the fundamental rights of Advocate enumerated under Article 19(1)(a) and per se these rules are devoid of “reasonable restriction test” enunciated under Article 19(2) of the Indian Constitution.

Advocate Manju Jetley Sharma on behalf of the petitioner contended that It is unthinkable for a body like that of the Bar Council of India to bring an amendment of such ramifications, stifling the very freedom of speech and expression without which the very right to life is meaningless, keeping the Bar and the public at large in darkness.

Advocate Sharma further contended that the BCI has no legislative powers, and the only power vested in it is to give effect to the Advocates Act. The impugned Rules are ultra vires of this legislation, and BCI has no power to make any substantive law taking away or abridging legal and fundamental rights.

The petition read nobody, today, would feel the need for any further legal protection to the judges. Far from a cry for providing further protection to the members of the judiciary, the demand of the civic society, today, is for greater freedom to fearlessly express injustice and sufferings in the justice delivery system.

“It is difficult to believe that the Bar Council of India made such rules, which even the worst dictator, the tyrant would not have thought to. The prohibition is absolute. The word employed is ‘or’. The prohibition against publication is not merely against any derogative or abusive comments/words against the Bar Council, its office bearers, or members. There is an absolute bar against the publication of anything or making any statement or press release in the print, electronic or social media against any resolution or order of the State Bar Council or the Bar Council of India, which is an absolute infringement of the very freedom of speech and expression which is an integral component of the right to life, which is innate in every human being, recognized from time immemorial and guaranteed under Part III of the Constitution,” the petition added.

ROHINI AMIN AND ANR vs BAR COUNCIL OF INDIA & ORS