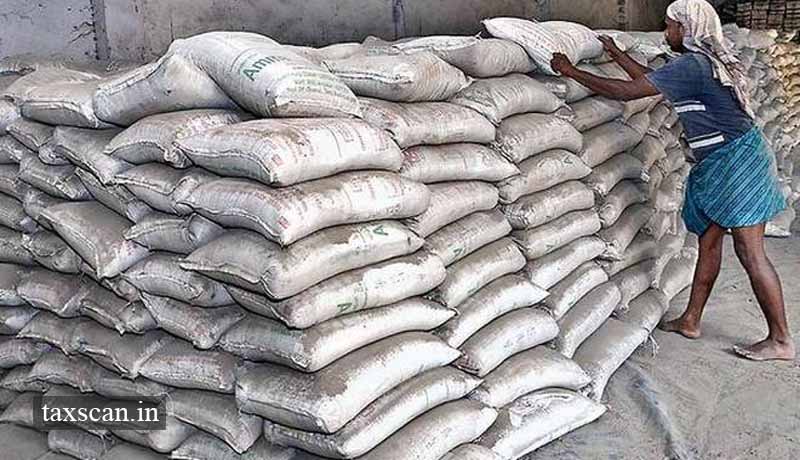 The New Delhi Bench of the National Company Law Appellate Tribunal ( NCLAT ) in the case of Ambuja Cements Ltd & Ors. v. Competition Commission of India & Ors vide its judgment dated July 25, 2018 dismissed the appeals filed by the cement manufacturing entities filed to set aside the penalty imposed by the CCI for cartelization.

The ‘Builders Association of India’ filed information u/s 19(1)(a) of the Competition Act, 2002 (Act) alleging anti-competitive agreement against the ‘Cement Manufactures’ Association’ (CMA) and 11 Cement Manufacturing Companies. The Competition Commission of India (CCI) formed a prima facie opinion on the information received and sent the matter to the Director General (DG) for detailed investigation who again reported the matter against the CMA and other companies. The CCI initially passed an order on June 20th, 2012 holding that they were in contravention of Section 3(3)(a) and (b) of the Act. It imposed a penalty and directed them to cease and desist from indulging in such activity. The order was appealed before the Competition Appellate Tribunal (COMPAT) which remanded the matter to the CCI. The CCI hence adjudged that the appellants (as in the present case) have contravened with the provisions of Section 3(1) r/w Section 3(3)(a) and 3(3)(b) by acting in concert fixed cement prices, limited and controlled the production and supply in the market. And hence the present appeal.

The issue arisen in the present case is whether the activity of the Appellants and CMA amounts to ‘cartel’ as defined in Section 2(b) and (c) respectively of the Competition Act, 2002.

It was submitted on behalf of the appellants that the CCI has failed to establish an “agreement” to ‘cartelize amongst the 11 cement companies’ as required under Section 3 of the Act. It must prove collusion/meeting of minds through a coherent body of indirect evidence and indicia. It is contended that there is no evidence to support the allegations. Further, the attempt to carve out the 11 Cement Companies as being a separate species accounting for 75% of the market is unintelligible since market share cannot be a benchmark for establishment of a cartel.

The respondents pointing out to the evidence recovered submitted that the Appellants were acting in concert that Companies using the platform of CMA met at regular intervals, discussed pricing and sensitive information relating to production, capacity, dispatch etc. with each other even though they were competitors. It hence draws the conclusion that there was a meeting of minds between the Appellants with regard to fixation of sale price and for regulating its supply and production. Further, the amendments made in the meeting dated September 23rd, 2010 leave no manner of doubt that the purpose of the association was to bring about a ‘greater cooperation’ between the Cement Companies amounting to cartelization. In order to determine that whether such ‘agreement’ attracts any of the provisions of Section 3(3)(a) or Section 3(3)(b) the following were also considered:

The Hon’ble Appellate Tribunal hence observed that the Commission not only looked into ‘State-wise Market’ but also ‘Region-wise Market’ and range of percentage change in prices between 2007-2011 and hence the CCI while dealing with the market dealt with the ‘relevant market’ to draw its conclusion. It was hence decided that minimum penalty of INR 4,700 crores was imposed by the Commission which demands no interference.

While Speaking to Taxscan, Mr. Vaibhav Gaggar, Managing Partner – Gaggar & Partners representing the CCI hailed the judgment, stating that, “This is a landmark judgment which has settled a number of critical jurisprudential issues and has sent out a strong message to the industries at large that Antitrust violations would not be accepted and could lead to significant penalties such as the INR 6300 Crores penalty in the present case.”

Deemed Dividend can’t be assessable in the hands of Director when AO accepted Company’s Return without any Objection: ITAT [Read Order]