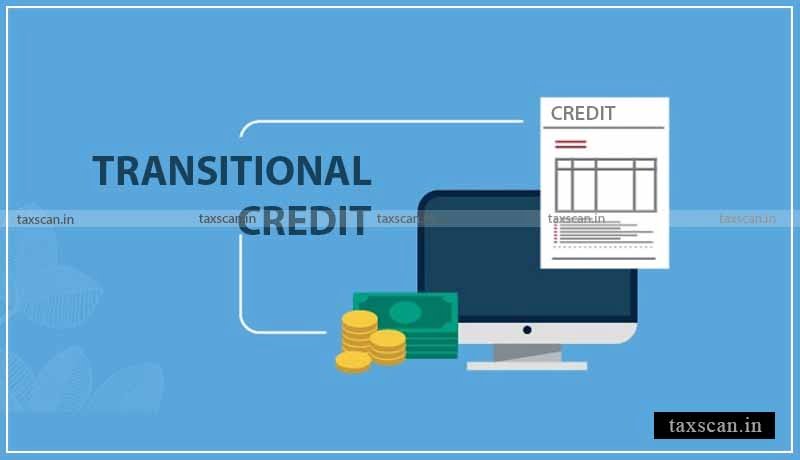 “Heads, I win, Tail, you loose”, a high-minded aphorism that would well articulate the actions of the Government in the amendments effected on the subject to transitional credit.  Interestingly, this issue continues to boggle industry even as the famed law “Goods & Services Tax” (“GST”) approaches its fourth anniversary.  It is no secret that the views of even the executive have changed by the day raising questions on the very intent of this new law, apart from introducing differing interpretations on the subject.

Various High Courts including the Punjab & Haryana High Court in the case of Adfert Technologies Private Limited, Delhi High Court in the cases of Brand Equity Treaties Limited and Messrs Blue Bird Pure Private Limited (2019-TIOL-1564-HC-DEL-GST), the Kerala High Court in the case of Messrs Kalpaka Distributors Private Limited have upheld the nature of such credit as a “vested right” protected under Article 300A of the Constitution of India. Further, it has also been held that such vested right could not be taken away by virtue of a limitation prescribed in the Rules, without there being an overarching provision in the GST Act.  It deserves mention that the Special Leave Petition filed by the Union of India against the judgment of the Punjab & Haryana High Court in the case of Adfert Technologies (supra) was dismissed by the Hon’ble Supreme Court in SLP 4408/2020 dated 28.02.2020 . One would have thought that the Government ought to have been gracious in accepting the judgment, as it nonetheless pertained to credit which stood accumulated, acquired and vested on the appointed date.  Sadly, the script had to undergo a twist, as the tagline “My demons though quiet is never quite silenced”!!

It also does deserve mention that the Hon’ble Gujarat high court in the case of Siddharth Enterprises (TS-684-HC-2019) evaluated in detail the various aspects regarding transitional credit and notably on the touchstone of Article 14 of the Constitution of India held that restricting the right to claim a transitional input tax credit of pre-GST purchases creates an arbitrary, irrational and unreasonable discrimination in terms of the time-limit to allow the availment of the input tax credit, which is violative of Article 14 of the Constitution.

In another turn of event, a solicitous view expressed by the Delhi High Court in the case of Brand Equity (supra) was that the term ‘technical difficulty’, which is undefined and nebulous, cannot be given a narrow interpretation by restricting its applicability to the difficulty faced due to electronic and similar glitches in the Goods & Services Tax Network (“GSTN”). The Court noted that just like the Government, the taxpayers faced technical challenges because of low bandwidth, new forms, new rules, etc.  Hence, the Court held that prescribing a time limit and not allowing carry forward of credit (vested right) due to difficulties, which are by some viewpoint not considered as technical glitches is an arbitrary approach and action.

As the dust was settling, there was a need for the bureaucracy to prove its existence by unsettling the dust, vividly displaying its obstinacy through a retrospective amendment effected to section 140 of the Act, which has been notified by Notification No 43/20-CT dated 16.05.2020.  The said amendment was effected vide Section 128 of the Finance Act, 2020 which retrospectively amends Section 140 of the GST Act to empower the Government to prescribe a time-limit for filing Tran-1 form/ carrying forward credit from existing laws.

It would appear ex-facie that the above-mentioned amendment vides Section 128 of the Finance Act, 2020 was to overcome an observation in the judgment that as the time-limit was prescribed under the Rules and not under the Act, Rule 117 should be reckoned as a directory in nature.  In our view, such amendment was not necessitated as the time-limit prescribed under Rule 117 was pursuant to Section 164 of the Act, which was upheld by the Bombay High Court in the case of Nelco Limited.

DOES IT UNSETTLE THE EMERGING JURISPRUDENCE?

In our view, the principles in the above-mentioned judgments regarding such “vested right” would also apply to the amendment effected to section 140 of the Act. Aptly, in the litigation this far, Courts have held as followed, which continues to hold forte:

Hence, in our view, a mere amendment in the Act would not remove the basis of the above-mentioned judgments.

It is known to every reader of this article that “Lex Prospicit Non-Respicit”, which means that ‘The Law looks forward and not backward’. We are in a period where the law is made to look back whenever the courts read it favorable to the taxpayers and against the Government. Retrospective amendments, in recent times, have become a weapon with the Government to overcome any judicial pronouncement against the Government.  Needless to state, such retrospective has been a matter of challenge, whilst there is no wrangle that the Legislature does have the right to promulgate laws retrospectively.

In the context of a retrospective in tax laws, the Constitution Bench of the Supreme Court in the case of Vatika Township Private Limited (2014-TIOL-78-SC-IT-LB) has held the laws which modify accrued rights or which impose obligations or impose new duties or attach a new disability would need to be treated as prospective in nature.  Further, even if such retrospectively exists, it would need to conform to the doctrine of fairness as upheld in L’OfficeCherifien des Phosphates v. Yamashita-Shinnihon Steamship Co.Ltd (1994) 1 AC 486.

There also lies a ground to contend that the retrospective operation creates a situation which could be described as an unreasonable restriction which violates the right to carry on business or the right to hold and dispose of property, which has been upheld by the Hon’ble Supreme Court following judgments in the Chhotabhai Vs Union 1962 Suppl 2 SCR 1.  In another judgment, the Hon’ble Supreme Court in the case of The State of Karnataka &Ors. Versus The Karnataka Pawn Brokers Assn. &Ors. (2018) 6 SCC 363held that the Legislature cannot set at naught the judgments which have been pronounced by amending the law, not for the purpose of making corrections or removing anomalies but to bring in new provisions that did not exist earlier.

It is now settled that the Legislature cannot, by way of introducing an amendment, overturn a judicial pronouncement and declare it to be wrong or a nullity. Such amendment would be against the doctrine of separation of powers as upheld by the Constitution Bench of the Supreme Court in the case of State of Tamil Nadu Vs State of Kerala & Another (2014) 12 SCC 696.  The said doctrine provides that the Legislature cannot declare any decision of a court of law to be void or of no effect. It can, however, pass an amending Act to remedy the defects pointed out by a court of law or on coming to know of it aliunde.  In our view, the said amendment would not fall within the exceptions provided.

Hence, there does lie strong ground to challenge the amendment even on the ground of retrospectively.  The battle now continues in the Courts, with the hope that the said provision would not be subjected to further retrospective amendment.  Hopefully, the demons of transitional credit would become quiet.  In our view, with an increased focus on MSMEs, the Government should consider granting such credit in the lines of the dictum laid down by the Delhi High Court in the case of Brand Equity (supra).  This would be a clear sign of harmony between words and actions.  The said action on the part of the Government would indeed reflect its magnanimity and its keenness to ensuring certainty in tax laws coupled with ease of doing business.