GST on online Gaming: Are you game? 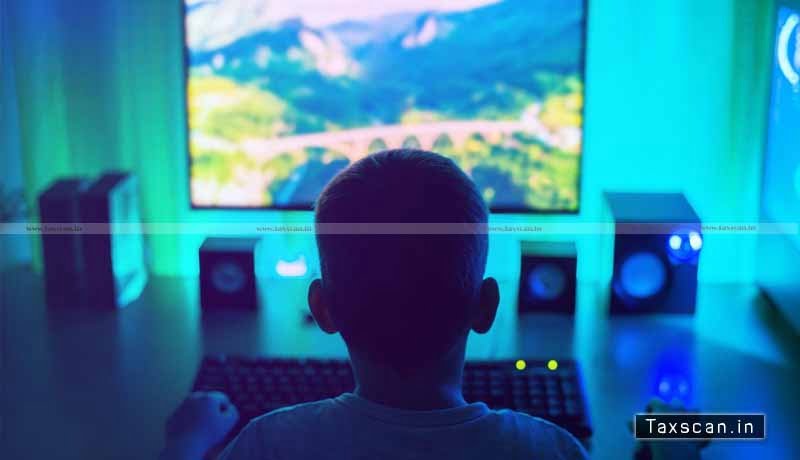 With virtual reality ruling all aspects of our lives, gaming is no exception. Owing to the pandemic, not only adults, playground for kids has also shifted on the screens. The online gaming industry in India has seen exponential growth in terms of both, revenue and usage. It is anticipated that the online gaming industry would grow at a compounded annual growth rate of 22% and will become a $2 billion industry by 2023.

Although the sector is not new in the country, it has gained popularity only recently, with large credit to the pandemic when most of the country was indoors and practicing social distancing. Also, with a large section of the population now using smartphones and the internet, online gaming has become even more accessible to all sections of society whether kids, youth, or seniors. Considering the growth trajectory of the sector, it becomes extremely crucial to clarify any ambiguities with regard to the taxation of the sector.

The All-India Gaming Federation (AIGF) has been persistently following up with the GST Council to provide clarity on the taxability of the revenue derived by the industry. In response, the GST Council formed a panel of seven ministers from various state Governments (GoM) to analyze and evaluate the taxability of online gaming portals in India. Moreover, the GoM has also been directed to submit a report on two other sectors which have demanded clarity on their taxability viz. horse race clubs and casinos.

In their report, the GoM will focus on the below points:

The GoM has been given a time limit of six months to revert to the GST Council with their detailed report. Subsequently, such report shall be deliberated upon by the GST Council in their meetings and a final decision will be made.

Before digging more into the current GST practices being followed by the industry, it is essential to understand the transactional dynamics of the sector.

There are various models through which the online gaming industry is functioning. The key ones are:

Apart from the above revenues, a gaming platform also derives significant advertising revenue from in-app advertisements.

Section 7 of the CGST Act, 2017 defines supply; hence, if any transaction is not covered in this definition, it falls outside the ambit of GST. Section 7 inter-alia states that activities or transactions covered under Schedule III to the CGST Act, 2017 would neither be treated as a supply of goods nor as to the supply of services. Item no. 6 in the said schedule specifies ‘actionable claims other than lottery, betting, and gambling. Therefore, any actionable claim apart from lottery betting or gambling would not get covered under the ambit of GST law. However, the term ‘actionable claims’ is not defined under the GST Act; it simply refers to the definition of actionable claims from the Transfer of Property Act, 1882.

Now, as noted above, from amongst the three key revenues accruing to an online gaming portal, there is no debate on the fact that the advertising revenue and the rake fees collected should be subjected to GST. This is because there is a clear supply of services, namely, platform facilitation and marketing revenue. However, in respect of the pool created in the case of monetary games, the taxability needs to be evaluated.

Notably, in this regard, the Bombay High Court (HC) in the case of Gurdeep Singh Sachar v Dream11 Fantasy Pvt. Ltd. [TS-496-HC-2019(BOM)-NT] held that the amount collected by gaming platform and deposited in an escrow account is an actionable claim that needs to distributed subject to the outcome of the game. Therefore, such a pool amount cannot be surmised to be a lottery, betting, or gambling. The Court opined that such prize money will not be liable to be taxed under GST.

In this regard, it is important to throw light on Rule 31A(3) of the CGST Rules, 2017. The said rule prescribes the valuation mechanism in case of a supply of actionable claims in the form of a chance to win in betting, gambling, or horse racing in a race club. The rule states that the value of supply in such cases will be 100% of the face value of the bet or the amount paid to the totalizator. Most industry players consider online gaming to be a game of skill and not a game of chance. Given this, they do not follow valuation as per Rule 31A (3) as online gaming would not be covered in gambling or betting per se. This view was also endorsed by the Rajasthan HC in the case of Ravindra Singh Chaudhary vs. UOI & Ors. [TS-883-HC-2020(RAJ)-NT] wherein the HC dismissed a PIL stating that fantasy games of Dream11 are a form of betting and gambling. The HC relied on the judgment of Bombay HC to hold that the result of the fantasy game depends on a participant’s skill and not sheer chance. Further, winning or losing of the virtual team created by the participant is also independent of the outcome of the game or event in the real world; HC held that the format of the online fantasy game offered by Dream 11 is a game of mere skill.

Moreover, the subsequent transaction of distribution of prize money to the winning participant should also not be subject to tax as there is a lack of taxable event in the said transaction. The same view has been endorsed in the case of Vijay Baburao Shirke [Order No. MAH/AAAR/RS-SK/23/2020-21 dated June 4, 2020] wherein the Maharashtra AAAR set aside the order of AAR and noted that prize money received from horse racing would not be subject to GST owing to lack of taxable supply.

From the above, it can be construed that the gaming industry is currently offering rake fees, advertising revenue, supply of additional features on the platform to tax. However, the collection of money for further distribution as prize money is not being offered to tax. Further, the industry considers online gaming to be a game of skill and not a game of chance; ruling out the approach of considering gaming as betting or gambling. However, this approach is not a water-tight approach as there are online games that are actually a game of chance. This could include games where the outcome is decided by way of rolling a dice etc. Classifying any game into a game of skill or a game of chance is not as easy as it seems; certainly not a black and white situation. Multiple factors need to be borne in mind before reaching a conclusion. Furthermore, there is a thin line of difference between a game of skill and a game of chance. Classifying it into either of the buckets is a relative decision that can be litigated. There is no guideline on how to conduct this classification. In 2020, the think tank of India, NITI Aayog published a discussion paper that laid down the draft guiding principles for the online fantasy gaming sector. The discussion paper also highlighted that currently, there is no objectively defined test that can determine if a game is a game of skill or a game of chance. While the discussion paper put forth the draft guiding principles, it is still a draft with no legal backup as such.

Another aspect that needs to be considered is that online gaming has been specifically included in the ambit of Online Information Database Access and Retrieval services (OIDAR). Therefore, the taxability, rate, and place of supply for online gaming should be evaluated keeping OIDAR provisions in mind.

As mentioned at the beginning, online gaming has recently gained popularity in India. This is one of the major reasons that the taxability of the sector is still under the clouds and no clarity is available. The aforementioned tax positions have been adopted by the industry. However, there is no assurance that such a position would not be litigated by the revenue.

GST is now more than four years old and not discharging tax on the pool of prize money could prove expensive for the sector, especially, if the GoM decides that the said revenue is subject to GST. The interest implications could be humongous. Moreover, in the reverse case where some players might have deposited tax on the pool money may not be able to get a refund in case the GoM decides to exclude the pool money from the ambit of GST.

Recently, the Madras HC struck down the Tamil Nadu Government’s decision of banning the games like rummy, poker which are played for a wager or a bet calling them betting. Similar bans have been imposed in the states of Assam, Orissa, Telangana, and Andhra Pradesh. However, the Madras HC held that “There appears little doubt that both rummy and poker are games of skill as they involve considerable memory, working out of percentages, the ability to follow the cards on the table and constantly adjust to the changing possibilities of the unseen cards.” The ruling of Madras HC has been welcomed by the industry with open arms. However, this definitely gives a perspective on the differences in the ideology of the judiciary and the authorities. From the likes of it, we believe that we are on the cusp of a major litigation battle that may begin anytime soon. Despite the fact that the GST law is a 21st-century law, it does not contain relevant provisions for an upcoming industry like online gaming is a matter of utter dismay. Nonetheless, the only ray of hope for the industry is the decision of the GST Council post the report of the GoM is received.

Nirali is a Chartered Accountant. She has post qualification experience of more than six years in Indirect Taxes.

A Compilation on Service Tax Levy on Advocates